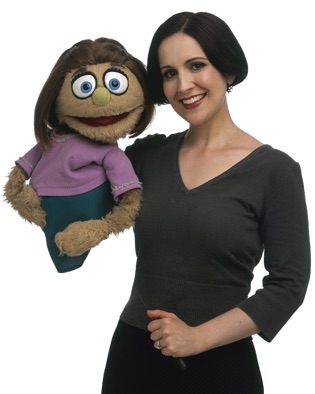 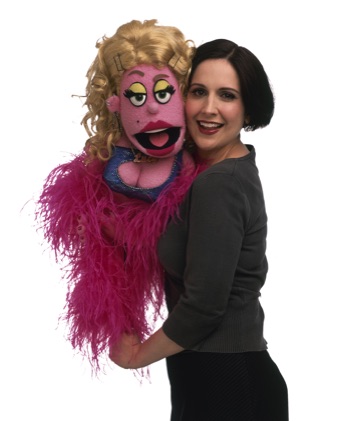 music and lyrics by Bobby Lopez and Jeff Marx 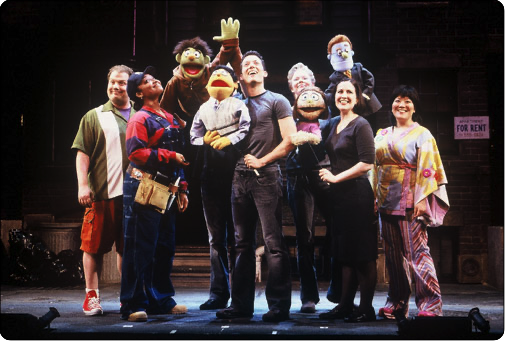 The very first public reading of AVENUE Q was at the York Theatre in May of 2000. It was the first time I appeared on a New York stage.

The Vineyard Theatre production was the first time I was seen in an Off-Broadway show.

(I had been in the City Center Encores! production of CARNIVAL in 2002, but I was an unseen puppeteer.)

To say that this was a show of many firsts for me is an understatement. It was unique, special, and surprising in every way. It was supremely educational and transformative for me on a personal level. It was also exhausting, revealing, and unlike any other project I had ever been involved with before or have done since.

I was very, very lucky.

But I do wish I had taken more pictures. 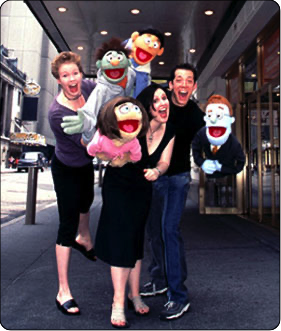 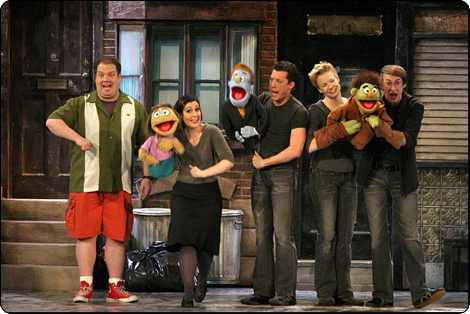 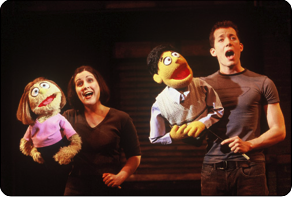 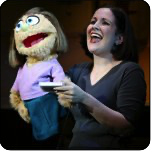 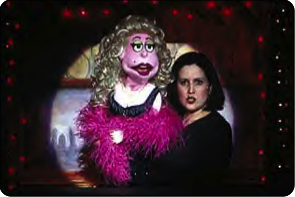 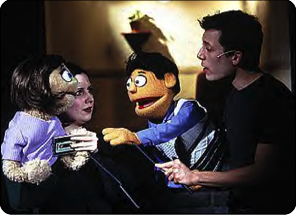 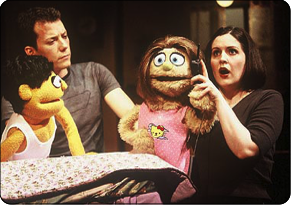 A FEW WORDS ABOUT THIS SHOW:

with John Tartaglia and Jennifer Barnhart

Here is my performance of "There's a Fine, Fine Line," out of character and out of context.

It was recorded for the virtual 2021 Theatre World Awards.